Reflections on the CEO Sleepout 2020

It’s been a few weeks since the Vinnies CEO sleepout, and that single night of uncomfortable sleeping has given me a lot to think about.

As someone that has never experienced homelessness, I’m lucky to have been able to have these realisations in safe and secure circumstances. I knew that this was only temporary, and that is a luxury that people on the streets don’t have.

Let me attempt to gather my thoughts from the night.

The first thought I had was how the small change in physical security had a significant impact on me. I was sleeping in a locked car on a quiet suburban street. And yet I was very conscious that I wasn’t as “safe” as normal.

In the light of day, and compared to many other people sleeping rough, I realise I was still very safe. However, I didn’t feel it at the time. I noticed every time a car went by or a dog was barking. It’s not that I was actually concerned for my safety, but that slight elevation in alertness had an impact.

I found it interesting that while I had that increased level of alertness, I found it very hard to concentrate. I then decided that I wasn’t going to do any work that evening while out in the car (to the disappointment of at least one of our clients).

One goal I had for myself for the evening was to watch at least some of the Vinnies Livestream, and to try to at least start a blog post. (You can read my first post here)

Admittedly, I had issues connecting to and watching the livestream due to internet issues, but even after that I found it very hard to focus on one thing for more than a couple of minutes. I hadn’t realized that being outside my comfort zone would have such an impact on my ability to do seemingly simple tasks.

The main goal that I had for myself was to try and sleep. And I actually did. It wasn’t comfortable, or settled, but I had a good 6 hours sleep. I was lucky in a way that I hadn’t slept well in previous nights, as my son had been a little unwell, so getting to sleep wasn’t an issue. It was only staying asleep.

I expected that warmth would be my biggest problem. However, it wasn’t. I had overcompensated for warmth, and I actually had to take off one layer of jacket, once my sleeping bag had warmed up. It turned out to be a good thing, as I used that spare jacket to form a makeshift pillow which helped my neck and shoulders be more comfortable.

The other major issue I had with sleeping was the light. I had no idea how bright the street light outside my house was until I had to sleep. In fact, I ended up moving my car twice just to avoid that light.

It was interesting that having to move my car meant having to defrost my windows, as there was no visibility out of my windows after the first hour or so.

Despite all of that, I did sleep better than I expected I would. I know two other CEOs who were also participating this year, and I think I got off lightly in that regard. Both of them had a much worse night sleep than normal.

In the morning I woke just after 5, as the sun was starting to come up. Thankfully my body clock is used to getting up at that point, so I was ready to go for a day.

However, I cannot tell you how thankful I was that this experience was only for one night. Or how comfortable my normal bed felt the same night.

Having had this experience once, I can see that anything that anyone does to support people who are homeless or on the verge of homelessness is a wonderful thing. St Vincent de Paul are a wonderful organisation, and I’m really pleased that I was able to raise just short of $800 for them in my first year of the CEO Sleepout.

Visit the Vinnies CEO Sleepout website to learn more about this wonderful cause. 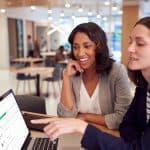 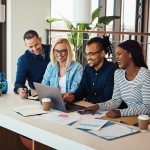 Is it time to upgrade your recruitment management system?Management, Recruit Complete, Recruitment
This website uses cookies to help the website function, help us to understand how you interact with it, and provide the most relevant experience by remembering your preferences and repeat visits. By clicking “Accept”, you consent to the use of all cookies. You can manage cookies via the cookie settings.
RejectAccept
Manage consent