Are you sure you’re paying staff correctly?

Award interpretation can be tricky, but the risks around making mistakes – and getting caught out – are huge.

It seems every week there is another story about an Employer who has discovered they have been underpaying staff. It’s not just small employers either; we’ve seen Woolworths, Coles, QANTAS and several more of Australia’s largest employers find issues with their payroll in the last few years.

Why does this keep happening?

How can you be sure that you are paying your staff correctly?

I don’t believe that these large companies are setting out to rip off their workforce. The risk is too big for it to be deliberate.

Businesses of all shapes and sizes across a range of industries have recently uncovered wage mistakes. These include a concerning number of restaurant groups such as Dinner by Heston, George Calombaris’ MAdE establishment, the Rockpool Dining Group and billion-dollar hospitality empire, Merivale – to name a few. Target, Bunnings, World Vision, and even Surf Lifesaving Queensland, have also been caught out in the past year. And then more!

Why would a company deliberately put themselves at a financial risk like this? Let alone the reputational damage that it causes.

From our point of view the simple answer is that calculating Australian Payroll, based on an interpretation of Industry Awards, is HARD! These awards have a lot of legal grey areas, and areas of complexity, that make them very easy to be misinterpreted.

We know this is true, because here at Recruit Complete, we have worked with a large number of awards for employers all over Australia. We’ve found that even with the same award within the same state, Employers can pay employees differently depending on how they interpret each award.

A core part of the Recruit Complete system is our Award Interpretation module. We allow for specific interpretations of an award to be implemented, to calculate employees’ pay in line with employers’ expectations.

We’ve been working with clients using this module over the last few years, which has seen it evolve into a robust – and complex – calculation engine. When we say calculating accurate pay is tricky, you can trust that we have been in the trenches. We know it is hard.

Recognizing that many businesses across a range of industries struggle, we decided in early 2020 that we wanted to do something about this. We teamed with our Parent Company BlueSky Creations in launching ValidateMyWages.com.

ValidateMyWages is a free service where Employers and Employees can validate their pay against a standard interpretation of their awards. We launched in February, offering the Restaurant Industry award, and plan to add additional awards over time. ValidateMyWages is built using our Recruit Complete Award Interpretation Calculation Engine, which has been re-purposed to be used with an all new User Interface for one-off Timesheet Validation requests.

If you think that interpreting any award, like the Restaurant Industry award, is as simple as just adding up hours and paying the time, think again. I’d encourage you to jump onto ValidateMyWages and have a go at entering a timesheet.

The number of variables that are required for just paying a single week’s pay, is enormous. And from experience, I can tell you that the Restaurant Award is a relatively simple one. Just wait until ValidateMyWages launches for the Nursing and Homecare industries.

We are proud of being involved with ValidateMyWages, as it proves two things that we believe very strongly:

Let’s empower people and businesses with the knowledge that their payslips are correct.

We understand that wage theft mistakes do happen, and our mission with ValidateMyWages is to make sure everyone, whether business owners or employees, can know for sure if their payslips are correct.

So go on, check it out for yourself and recommend our free tool to anyone and everyone that could benefit from knowing for sure that their payslips are correct. You could save a friend thousands of dollars in pay – or stop a business (even your business) from accidentally becoming Australia’s next ‘wage theft scandal’ headline.

Let’s work together to stop wage calculation errors – or wage theft – in Australia for good.

Follow us on Facebook or LinkedIn to stay updated on any new developments, including our next award release for ValidateMyWages – it’s not far away! 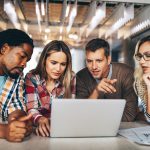 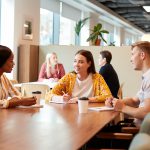 Why onboarding and training is important for all new employeesManagement, Recruitment
This website uses cookies to help the website function, help us to understand how you interact with it, and provide the most relevant experience by remembering your preferences and repeat visits. By clicking “Accept”, you consent to the use of all cookies. You can manage cookies via the cookie settings.
RejectAccept
Manage consent